In the last few months, there have been many events during which we were able to meet professionals and wine enthusiasts, for presenting the new vintages of our wines.

The season started in the United States, where we took part in wine tastings in Seattle and Miami, organized by Slow Wine, and in New York and Boston, organized by Gambero Rosso.

The city of New York welcomed us again in February and April: first, we were invited to take part in the flagship event of the Wine&Spirits magazine, the Top 100 Tasting, and then we participated in the exclusive event organized by Antonio Galloni – Vinous, La Festa del Piemonte 2022.

Then we flew to London to take part in Nebbiolo Day, an event organized by Hunt&Speller and entirely dedicated to one of the most fascinating and appreciated Piedmontese grape varieties: Nebbiolo.

Even within the borders of our peninsula there were several initiatives: after participating in the Paestum Wine Fest in Campania, we came back to Langhe, at the restaurant Campamac, on the occasion of an event curated by Luca Gardini and entirely dedicated to a vertical tasting of our Langhe Nascetta del Comune di Novello.

Then, the famous critic Luca Gardini presented our wines during four exclusive tasting events that were organized in collaboration with Sarzi Amadè and that involved the cities of Turin, Milan, Rome and Naples.

And then, Grandi Langhe, OperaWine, Vinitaly and ProWein! 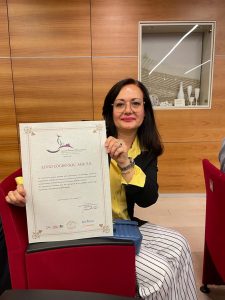 On May 15th, on the 7th edition of the ceremony “Onde di bellezza e geometrie coltive nei paesaggi e nei paesi del vino”, the Enoteca Regionale Piemontese Cavour has awarded the companies that work with care and dedication in the most beautiful hillsides of Langhe-Roero and Monferrato. Regarding the Barolo area, all the wineries that work the vineyards belonging to Ravera cru have been awarded, including Elvio Cogno winery, the pioneer of this MGA.

Turning instead to the scores that have been assigned to our wines, you can find below all the news: