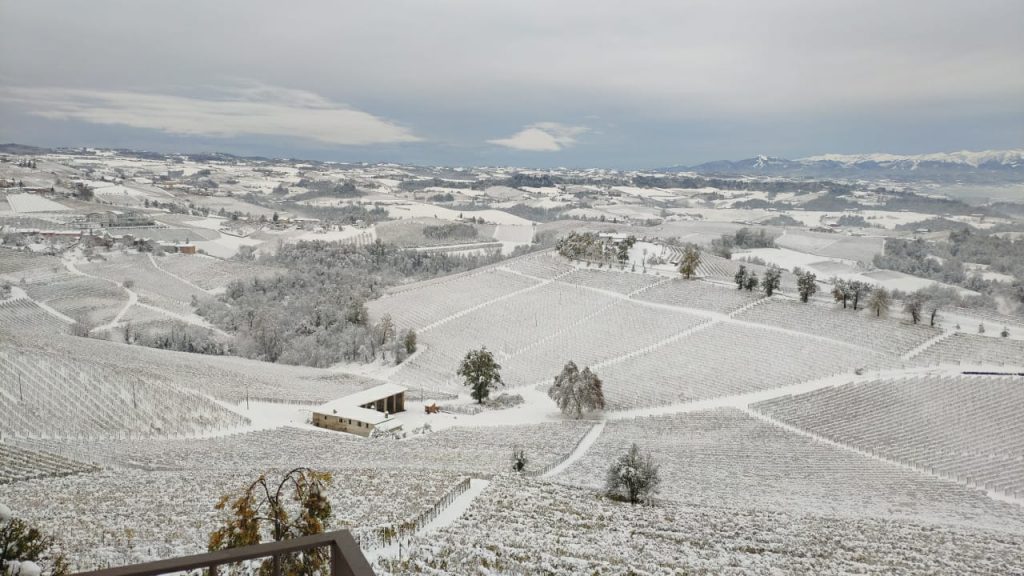 December is the perfect time to draw conclusions, slow down a bit and meditate about the year which is coming to an end. For winemakers, it is the right moment to analyze the just-passed harvest and the vintage characteristics, already mentally enjoying  the new wines that will come. The 2019 harvest is characterized by a slightly decrease in terms of yields, ca. -15%, benefitting though quality and balance. We may find the same balance if we look at the weather conditions through the year, despite a start defined by a prolonged drought in the first three months and then rain and low temperatures from April until the end of May. The plant growth underwent initially a slow kickoff, with a delay of two weeks comparing to last years, but similar to  more typical and traditional vintages. The month of June, with sunny climate and soil characterized by great water availability, has create the condition for a flourishing plant growing, which required a careful managing of our vineyards thinning during all summer. After a particularly hot and dry period between end of June and beginning of July , the summer season continued with milder temperatures alternated with well-distributed rainfall.  Compared to the early-made assumption of an anticipated vintage, the abundant plant growing has made possible for grapes ripening to slow down enhancing optimal time for phenolic ripeness particularly on the Nebbiolo, which harvest happened at last, in the second part of October. Harvest started officially middle of September with our Dolcetto, immediately followed by our Nascetta, as usual characterized by late ripening, and as second-to-last our Barbera, between end of September and beginning of October. Overall, grapes present good parameters and high quality, showing a perfect phenolic ripeness, nice sugar content and substantial acidity. The year 2019 may be considered a traditional one, with a balanced growing season and a very late ripening comparing to previous vintages, giving to wines the right qualities for a potentially long aging.