Although travels and events are banned, there’s plenty of occasions, mostly online, to remain updated and connect. For this we must thank all wine professionals that, even in such difficult circumstances, succeeded in organizing tastings and awards première. 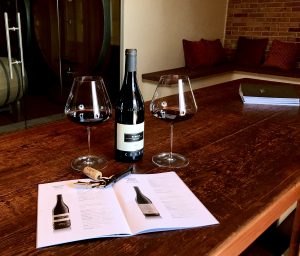 We are very happy, for example, to have been awarded for the ninth time among the TOP 100 WINERIES OF THE YEAR 2020 by the prestigious magazine Wine&Spirits and have participate at the online seminar “Shade of Nebbiolo”, held by the journalist Stephanie Johnson, which took place instead of the annual event in San Francisco. Just like honored us to have been confirmed for the 2021 edition of OperaWine, organized by the international magazine Wine Spectator, which for the tenth anniversary of the famous tasting will bring together in Verona the next June 19th 196 wineries, to fully celebrate the icons of the Italian wine scene. OperaWine 2020 instead, took place online, during the Wine2Wine Forum, with a wonderful tasting orchestrated by Wine Spectator’s Senior Editor Bruce Sanderson. We’d like to point out also that our Barolo Ravera 2016 has been insert in the “Gotha” of “The Collectibles”  in November’s edition of Wine Spectator Advance.

In addition, we cannot mention the  Italian Guide “The Best 100 Wines and Winemakers of Italy 2021”, drafted by Luciano Ferraro and Luca Gardini for the Corriere della Sera, where our 2016 Barolo Ravera  has obtained the highest distinction, 100 points, together with 2016 Appius San Michele Appiano and 2008 Giulio Ferrari Riserva del Fondatore. Also for this award we attended an online tasting with the wineries above mentioned. 2016 Barolo Ravera has been also included with the highest point among the TOP HUNDRED 2020 – The best wines of Italy, an Italian guide written by journalists Paolo Massobrio and Marco Gatti of Il Golosario.  For the Merano Wine Festival, whose annual edition has been postpone to March 2021, we obtained respectively the GOLD Award and the RED Award for 2016 Barolo Ravera and Barolo Cascina Nuova. So see you hopefully next year to taste these wines together, in the meanwhile on their website you may always find news and curiosity about all awarded wineries and keep up. With pleasure we participated also to a beautiful tasting held during Terra Madre – Slow Food, the most important festival about food in the world. During the tasting have been served several 2010 Barolo, including our 2010 Barolo Ravera. Another tasting to which we had the enjoyment of participate is Ba&Ba Barolo&Barbaresco, wonderfully organized by  the Italian Sommelier Association AIS, where in front of an audience of over 100 people we showed our 2016 Barolo Ravera and Barolo Cascina Nuova. 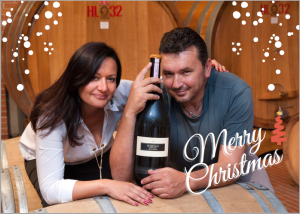 Before illustrating below the additional awards for our wines, we’d like to take this opportunity to wish you all Happy Holidays. May these days be filled with laughter, love and joy, with hope for a brighter future after these dark times. A toast to all of you!