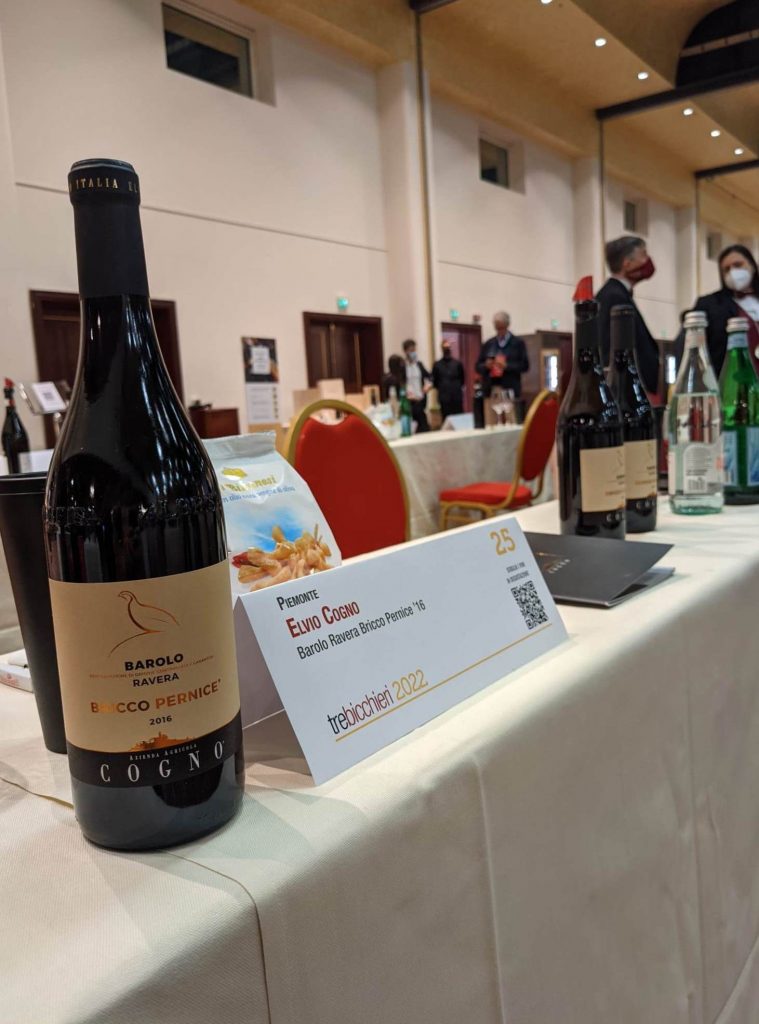 The stability of the health situation, which lasted for the summer and for the first weeks of autumn, allowed a dynamic season full of wine events.

October was the most eventful month and, thanks to the prestigious awards that have been assigned to our wines by Doctorwine (Faccino Doctorwine), Slow Wine (Top Wine and Chiocciola), TheWineHunter (Platinum Award) and Gambero Rosso (Tre Bicchieri), we had the opportunity to present the awarded wines in the cities of Rome, Milan and Merano at the launch events of the new editions of the guides and during the Merano Wine Festival.

In addition to the above mentioned prizes, Vitae 2022, the wine guide published by the Italian Sommelier Association, has awarded the Quattro Viti to our 2016 Barolo Ravera Bricco Pernice and 2015 Barolo Ravera Riserva Vigna Elena.

During the month of October, we had the honor of being invited to participate in two of the most exclusive wine events in the world: Wine Experience, organized by Wine Spectator, and Top 100 Tasting, edited by Wine & Spirits.

Both events took place in the United States: Wine Experience, which celebrated its 40th anniversary, was held in New York and 200 wines from all over the world were presented, including our Barolo Ravera 2016.

The Wine & Spirits Top 100 Tasting took place at the enchanting location of the Metreon in San Francisco. Our company has been selected as one of the top 100 wineries for the 10th year, having the honor to participate in this renowned tasting.

In addition, we took part in the Tre Bicchieri World Tour in London, in which we presented a selection of our current vintages to the British trade and press.

Regarding the digital events, on the occasion of the 11th anniversary since the recognition of the DOC Langhe Nas-cëtta del Comune di Novello, it was organized the Nas-cëttaland Virtual 2.0 event, a virtual tasting during which the producers of the DOC had the opportunity to present to the foreign press the 12 expressions of Langhe Nas-cëtta del Comune di Novello, telling the history and the characteristics of this fascinating white grape variety.

What makes us more proud and aware of the work we are doing is to see how critics have positively reviewed and rewarded the whole range of our wines and not just a single label. As evidence of this, we are delighted to mention the 100 points that were recently awarded by the famous critic Luca Gardini to our 2020 Langhe Nebbiolo Montegrilli.

Before showing below the awards that our wines received in the last part of 2021, we would like to take this opportunity to wish you a peaceful Christmas and joyous New Year! A toast to all of you! Cheers!