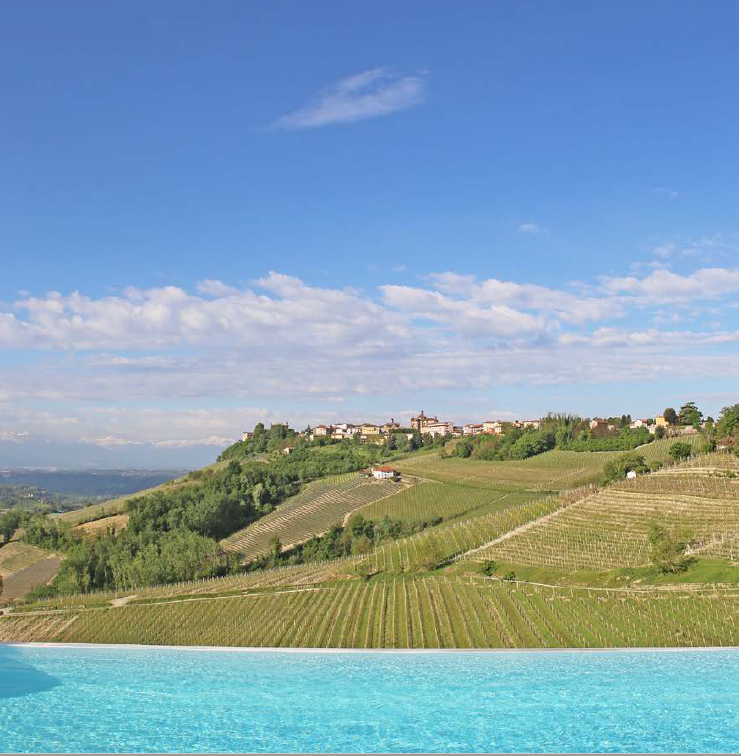 If there’s anything that this worldwide lockdown taught us, is that Nature doesn’t follow humans ways and times, but continues undaunted its run without caring about what’s happening to our society and to our old habits. At Elvio Cogno’s, like many other wineries and farms, we never stopped going after the rhythm of a vintage which, as expected from this strange year, has started in the same bizarre way. The long lockdown period has been characterized by rising average temperatures, sunny days and few rains, all factors that have led us to think of an early start of the growing season. With the arrive of April and May, instead, spring has finally shown its true face, rebalancing the vineyards and definitely slowing down their pace, due to fresher temperatures and significant amount of rains, which have restored vines intake helping them to relax a bit. Summer season goes on with the alternation of intense hitting, sunny days and thundershowers, which cause huge differences in temperature range, optimal for qualitative profiles, complex and pleasant. It is indeed a vintage that requires lots of care in the vineyards, shoot thinning are more frequent for Barbera and Dolcetto comparing to Nebbiolo, which instead needs a more gentle touch. Overall, grapes are in good shapes and quite healthy. If the actual trend will be confirmed during August and September, the vintage will turn into a late one, donating to our wines great elegance, balance and freshness.

Like the vineyards labour, neither the cellar has never stopped. Following the moon phase, as a tradition, we bottled our new Barolo vintages: Barolo Cascina Nuova 2017, Barolo Ravera 2017, Barolo Ravera Bricco Pernice 2016 and Barolo Ravera Riserva Vigna Elena 2016. Although the 2017 vintage is marked mainly by concentration, our Barolo show the typical characteristics of Ravera Cru, which in warm vintages gives the best performances. Therefore, wines provide on the nose absolute fruits perfection, crunchiness  and ripeness, soft tannins and with good structure which creates a pleasant texture capable to sustain the long acidity. Particularly for our Barolo Ravera 2017, spicy and balsamic notes are added to the define fruitiness, giving depth and complexity that drive to a fresh and prolonged mouthfeel. For Barolo Bricco Pernice and Vigna Elena, the qualitative imprinting of the 2016 vintage masters the wines, giving balance, complexity, elegance and a mouthfeel incredible even right now, although wines must still face the years of aging in bottle. 2016 is an outstanding vintage which is giving us infinite satisfaction and it’ll still do, thank to these two wonderful wines that will be hitting the market respectively on 2021 and 2022.

Despite the traveling- ban, lockdown never took from us the willing to travel, even if only with our spirits and imagination. One of the beautiful aspect of producing wine is the chance to get into your homes and on your tables and having a conversation with you, even if in different manners. Like us, also our wines never stopped and have continue to travel around the world and to comfort many friends and customers, which have supported us during this difficult time. Thank to them and to their attestation of esteem, our wines have reached important milestones and have been awarded internationally.

Before listing them, we’d like to inform you that the winery will be close for summer vacation from August, Monday 10th to Sunday 16th. We wish you a beautiful summer surrounded by your loved ones and always cheering with a good glass of wine. We raise one to you all!